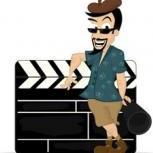 Here is CinemaVision for Kodi 19, which has been updated by @DexDeadly.

You may only provide a review once you have downloaded the file.