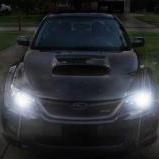 Anyone working on any 'Golden Age' Trivia like Bogart films?