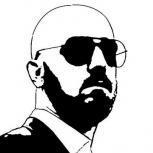 Which light system too choose?

Hello. As the title says. I am looking for a light system with the most options. I mostly gonna use it with CinemaVision. I mostly want the lights to be dimmed and On/Off on certain sequences.

I only checked Philips Hue for now. Which looks like the way to go. Since there are guides on CinemaVision dedicated to Hue.

5 answers to this question