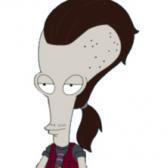 In case it's important I am running Kodi Isengard on an ATV1200 running Ember.

I have noticed if when I turn on my media box if I play a trailer from the apple pluggin and then I try to use cinemavision it replaces the film I choose with the trailer I just watched. Is there a way to clear the queue before I launch cinemavision? The trailer does not show up on the queue dialogue box in cinemavision.... that shows the correct movie, but that movie is clearly behind what I have just watched and the trailer (or you tube clip... same thing happens) is still present at the top of the queue.

I'm thinking one way around this would be to include a line in the script for either the launcher or the program itself which just wipes the queue first then adds the selected movie? ......or perhaps I am the only one with this issue and I'm doing something silly?? ...which is quite possible!

4 answers to this question