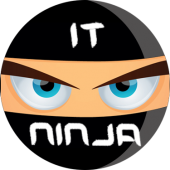 I have a minor, irritating issue I wanted to see if others have observed or worked around.  I have an ONKYO TX-NR3030 and sending bitstream audio via KODI and HDMI to it.  There is a 2-3 sec delay when a vid starts with the audio stream getting setup, but it's kind of annoying.  You'll see video, but the audio won't kick in till 3 secs later and you'll hear the receiver 'click'.  This was fine when watching a 2 hr long movie, you basically forget about once it starts (and most movies start off quiet, so you might not notice it).  BUT, chaining a lot of these short video bumpers together with CinemaVision makes it pretty noticeable since every transition has an audio delay...

Anyway, I'm working on a solution that sounds awful (reencoding all my bumpers to include a 3 sec black silence at the beginning), but curious anyone else?

I've tried all the following (and realized it's a problem with ONKYO, not KODI, my comp, or CinemaVision):

I suppose CV could provide a code fix for this by giving us an option to pause video bumpers for x secs before they play.  That would allow the audio data time to initialize by leaving the stream open, then continue the video so there's no dead air.  As long as the video's first frame is black, then it wouldn't be noticeable.  I may be in the minority for this feature, but maybe not???  It sure beats reencoding everything

3 answers to this question